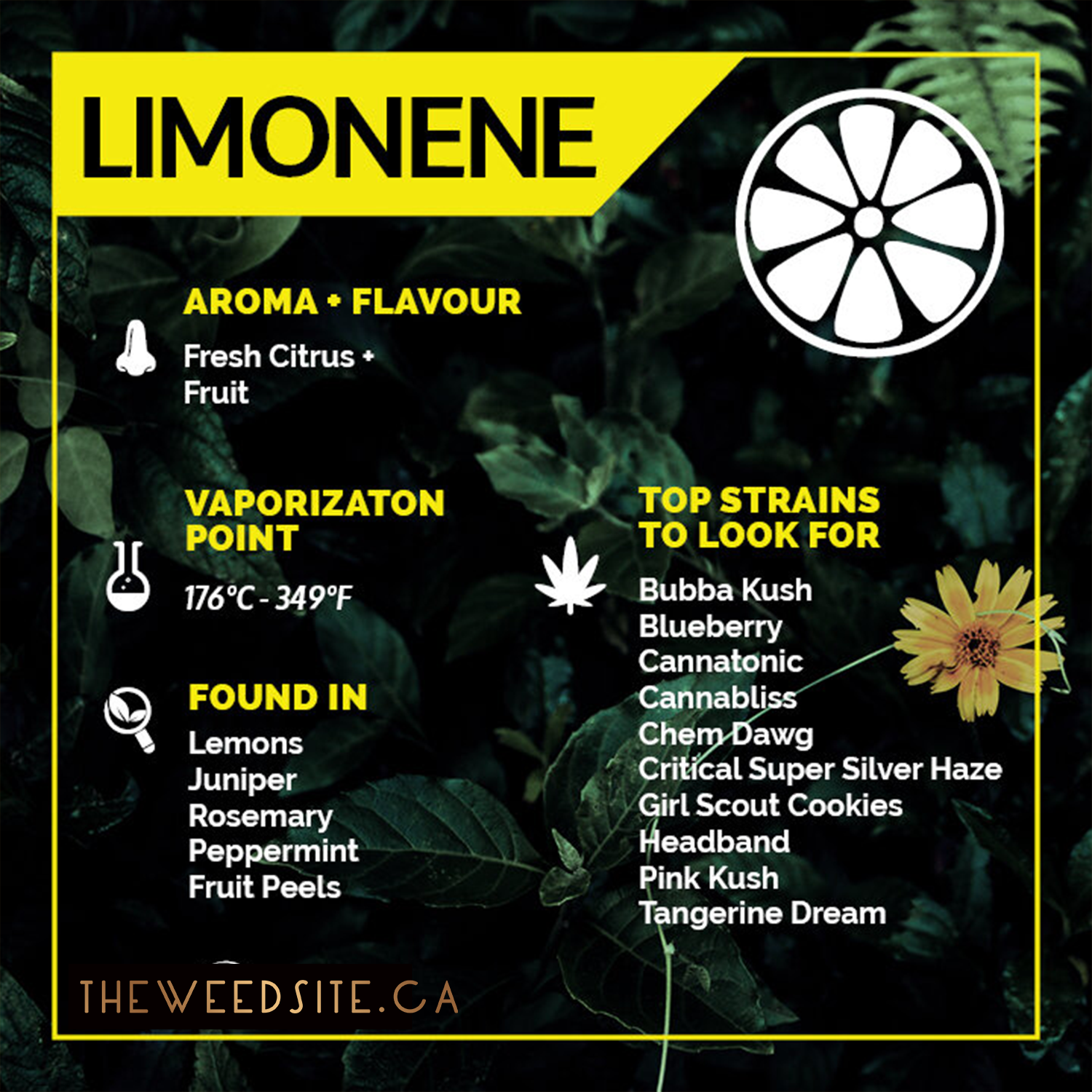 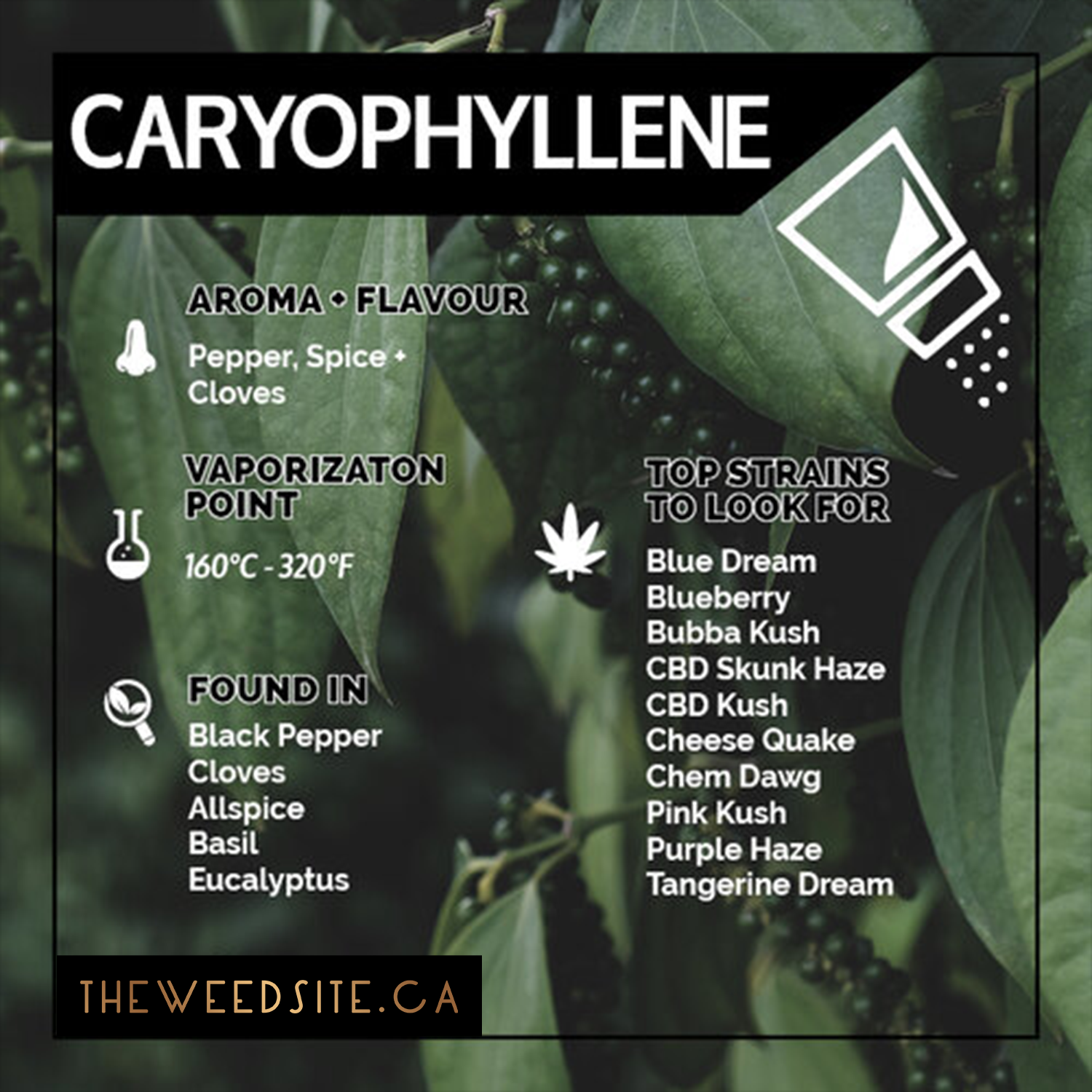 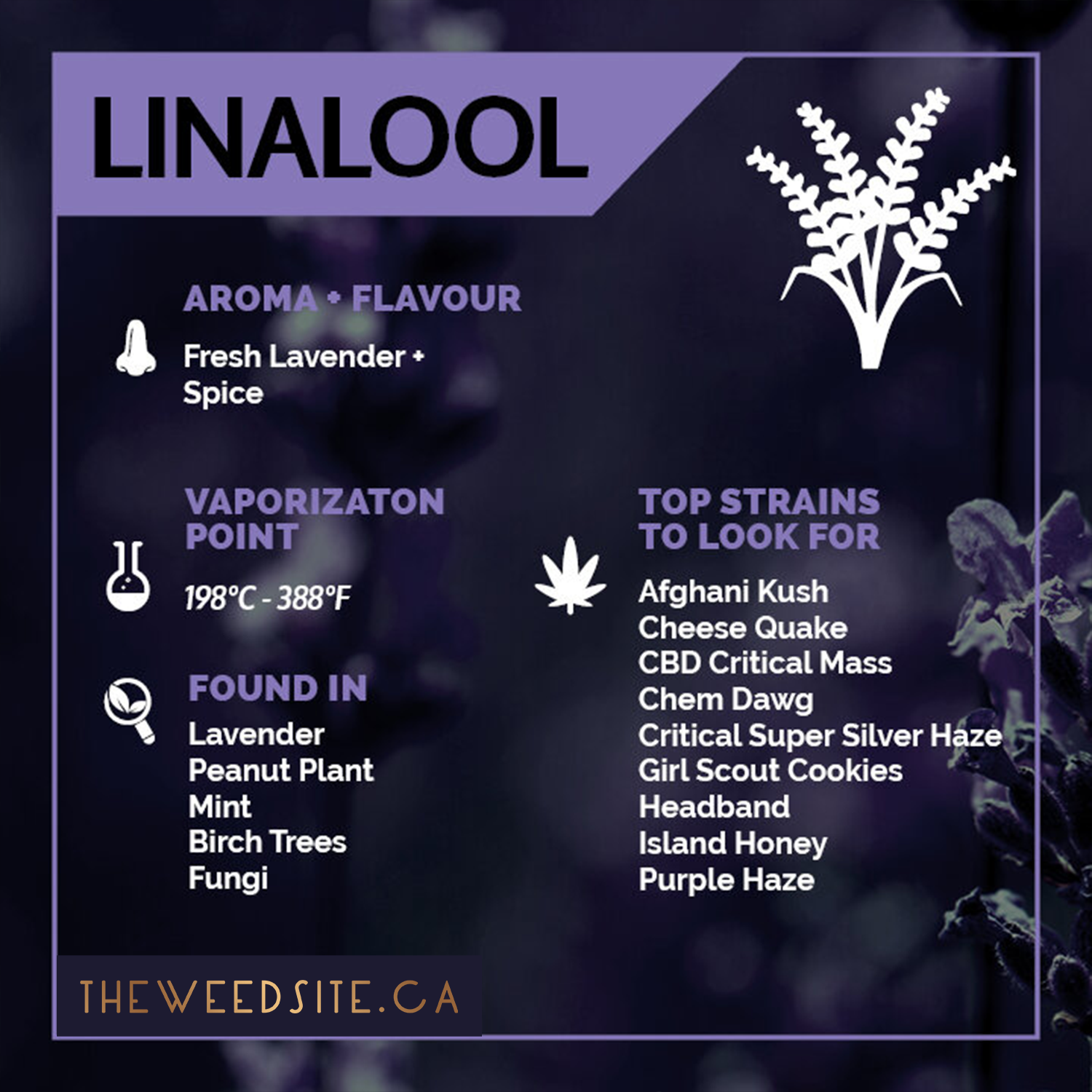 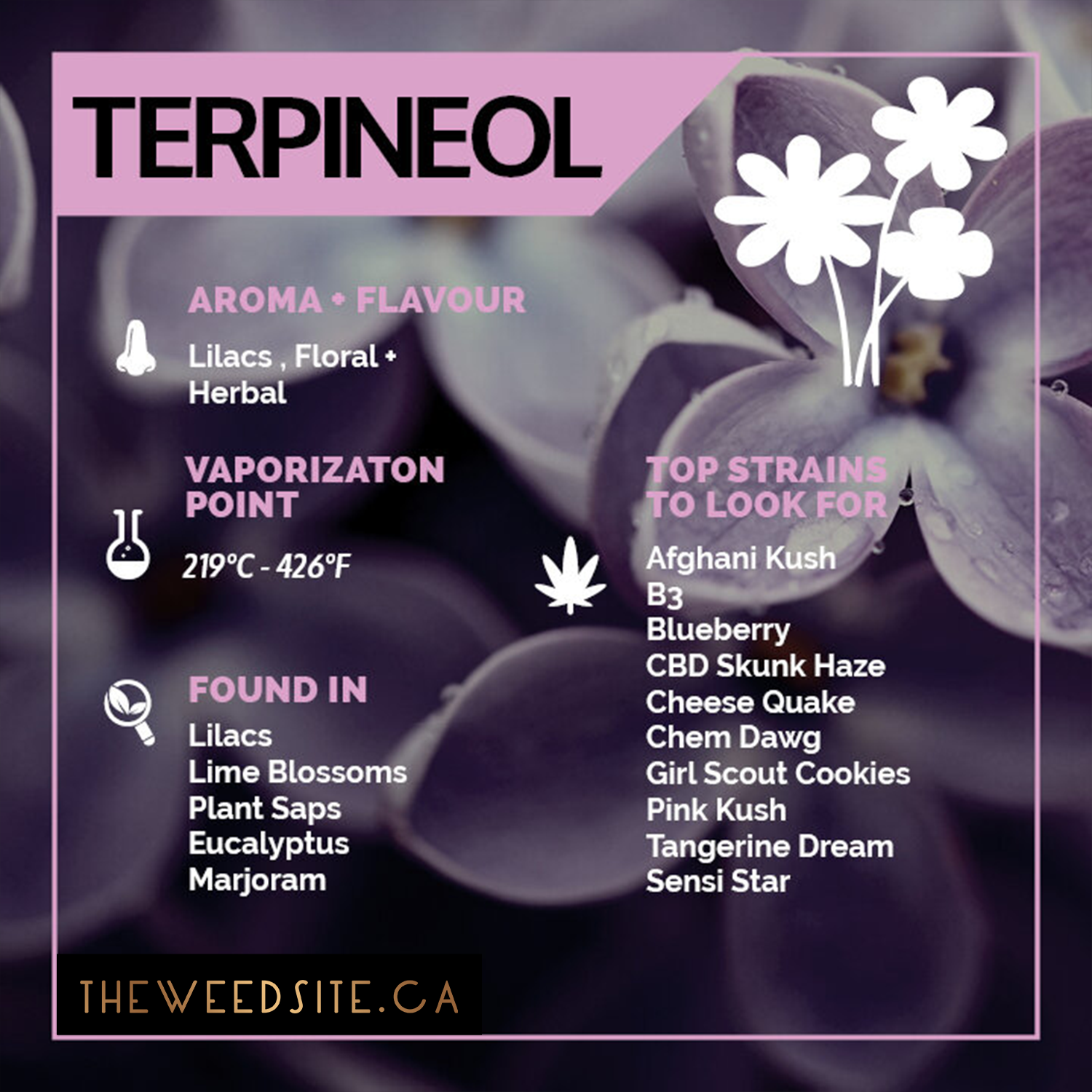 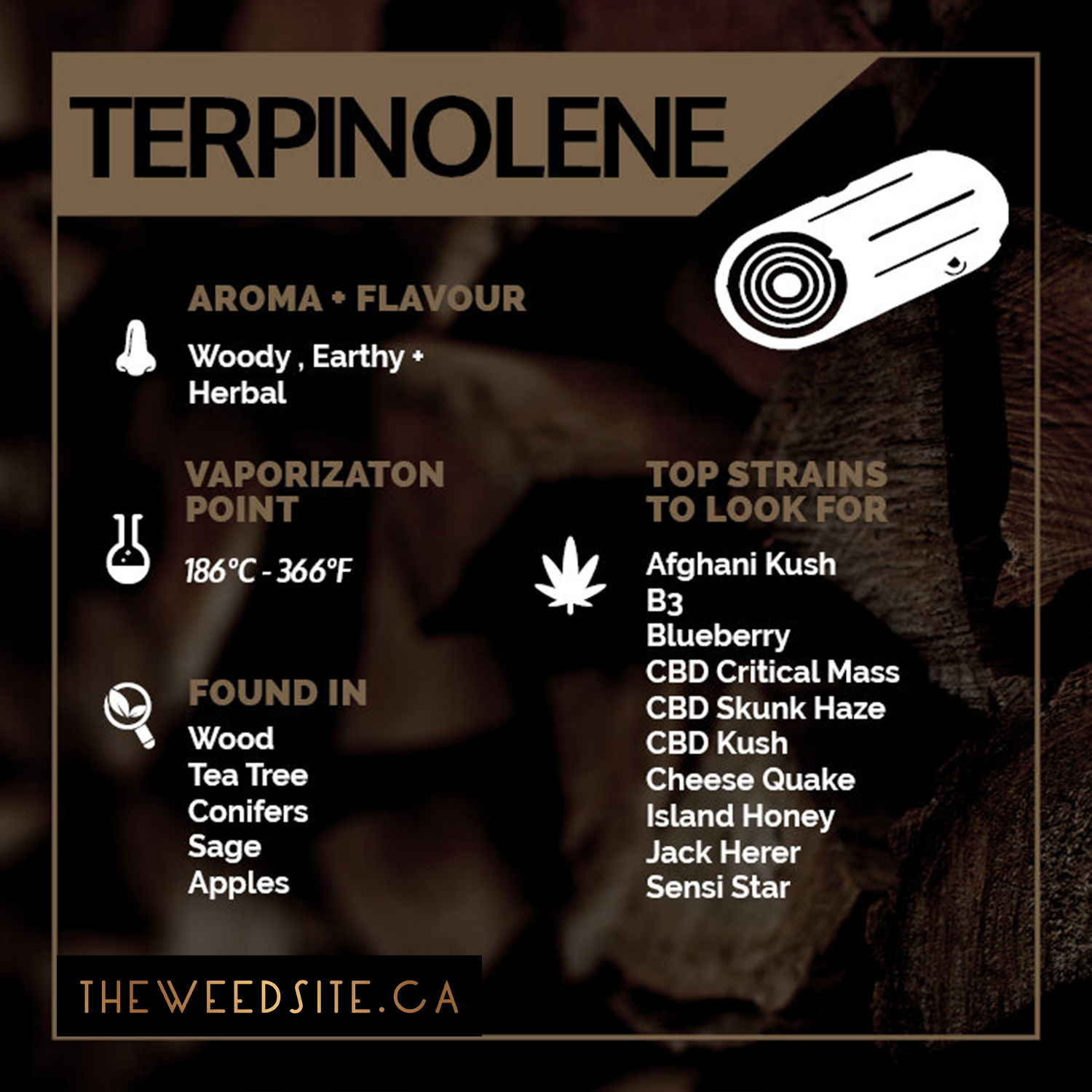 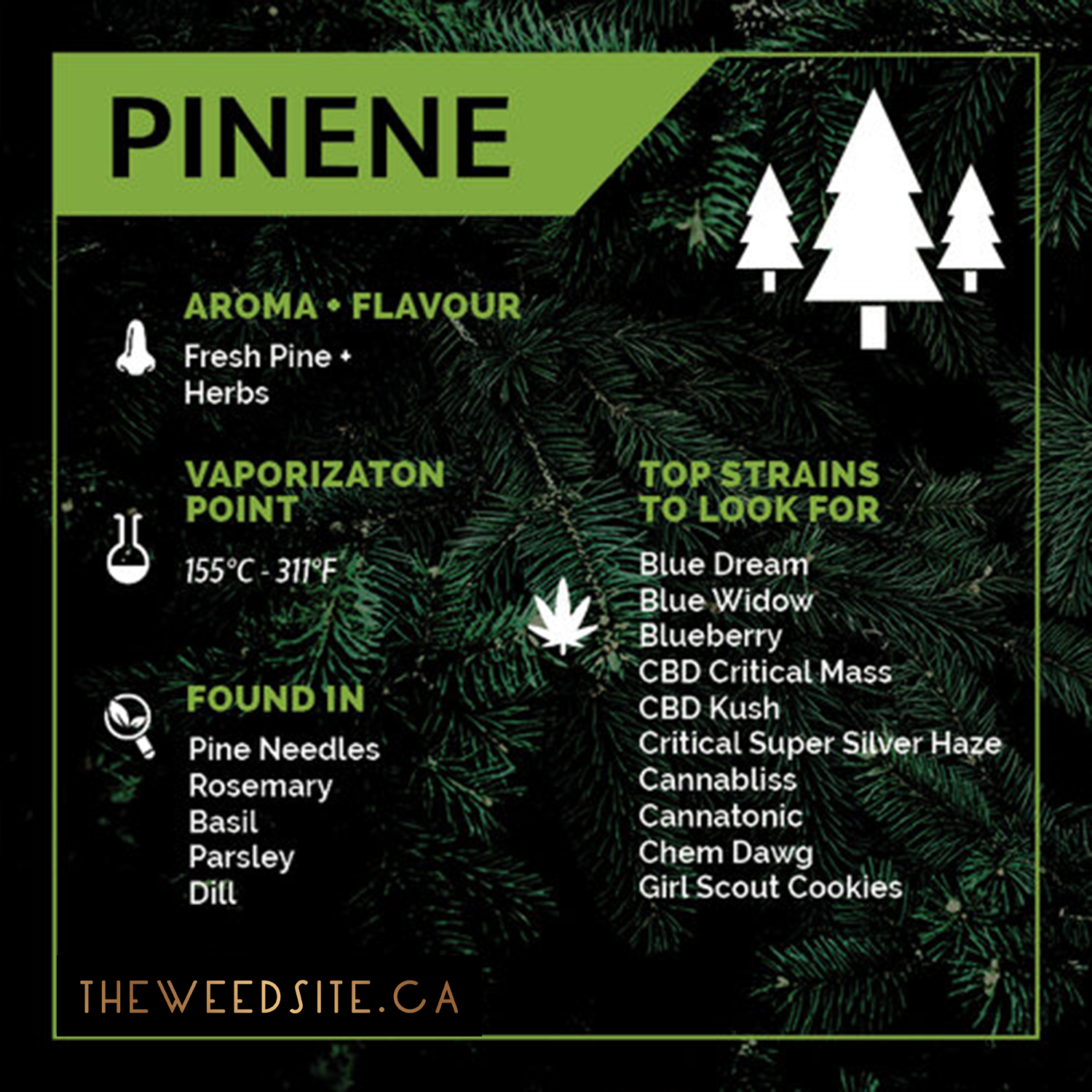 Terpenes are aromatic compounds found in many plants, though many people commonly associate them with cannabis because cannabis plants contain high concentrations of them.

These aromatic compounds create the characteristic scent of many plants, such as cannabis, pine, and lavender, as well as fresh orange peel. The fragrance of most plants is due to a combination of terpenes. In nature, these terpenes protect the plants from animal grazing or infectious germs.

However, terpenes may also offer some health benefits to the human body. As regulations surrounding cannabis become less strict, scientists are carrying out more research into these possible benefits.

Keep reading to learn more about terpenes in general, as well as further information into their potential health benefits.

The cannabis plant contains a high concentration of terpenes. Terpenes are highly aromatic compounds that determine the smell of many plants and herbs, such as rosemary and lavender, as well as some animals.

Manufacturers use isolated terpenes to create the flavors and scents of many everyday products, such as perfumes, body products, and even foods.

Terpenes play a vital role in plants. In some plants, terpenes attract pollinators, while in other plants, they cause a strong reaction to repel predators, such as insects or foraging animals.

Some terpenes play a protective role in the plant, helping the plant to recover from damage; others act as a part of the plant’s immune system to keep away infectious germs.

Some people also use the term terpenoids. However, terpenes and terpenoids are not the same.

Terpenes are the natural form of these compounds when they are in the live plant. As a plant dries and cures — in the production of cannabis, for example — the terpenes oxidize and become terpenoids.

Expect in-depth, science-backed toplines of our best stories every day. Tap in and keep your curiosity satisfied.

How are they different from cannabinoids?

Cannabinoids are chemical compounds in cannabis.

Cannabinoids, such as tetrahydrocannabinol (THC), activate receptors in the body’s endocannabinoid system. This is what creates the “high” that people experience when they use cannabis.

Cannabidiol (CBD) is another cannabinoid that is becoming more and more popular for its medicinal properties. Although CBD acts on some of the same receptors as THC, it influences them differently and does not create any euphoria.

THC and CBD may be the most well-known cannabinoids, but they are just two of over 100 cannabinoids that the cannabis plant contains.

The cannabis plant also contains terpenes, which are among the most abundant compounds in the natural world.

Terpenes are primarily responsible for the smell of most plants and some animal compounds. However, some may also act on the endocannabinoid system in the body in a similar way to cannabinoids. The key difference is that the body absorbs and uses these compounds in different ways.

Many terpenes are bioactive, which means they may affect the body. This effect will vary based on the concentration of the terpene itself and how a person uses it.

Because terpenes produce vibrant smells, they form the basis of many essential oils and are an integral part of many alternative therapies, such as aromatherapy. Inhaling the scents from some plants and essential oils may affect a person’s mood and stress levels.

Some people believe that terpenes will affect or enhance the high a person gets from using cannabis. This is known as the entourage effect, and it implies that terpenes enhance or alter the effects of THC and CBD in the body.

Some research backs up these claims. For instance, a review in Frontiers in Neurology found that people with epilepsy who took a CBD-rich extract had improved symptoms and fewer side effects than those who took purified CBD. This suggests that the other components in cannabis, such as terpenes, may affect how the body uses CBD.

There is plenty of medical research on isolated terpenes themselves, and some may even make their way into medical use. A study in Chemico-Biological Interactionsnotes that many terpenes have demonstrated beneficial effects on the body and could serve as alternative medicine or therapies.

While there are many terpenes in the natural world, scientists have only studied a handful.

Examples of better-known terpenes include:

Limonene is a common terpene that most people can recognize by its scent. As the name suggests, limonene gives the rinds of fruits such as lemons and oranges their citrusy smell.

A study in Chemico-Biological Interactions notes that limonene contains the following therapeutic properties:

Limonene appears to modulate the way certain immune cells behave, which may protect the body from a range of disorders. Limonene is also safe for people to take as a supplement.

Pinene is another naturally abundant terpene. There are two forms of pinene: a-pinene and b-pinene. Pinene provides the fresh, bright scent of many plants, including pine needles, rosemary, and basil. Pinene may also have some therapeutic benefits.

Shirin-yoku, which means “forest bathing,” is a Japanese therapy that involves taking leisurely walks in the forest, soaking up the atmosphere, and enjoying the scent. Shirin-yoku may have preventive and restorative effects on a person’s psyche and physiology.

A study in Acta Salus Vitae notes that the amount of pinene in the air of a healthy forest is enough to be therapeutic. Pinene acts as a bronchodilator, allowing more air into the lungs. It also has an anti-inflammatory effect and may fight against some infectious germs when inhaled.

Linalool is most abundant in the lavender plant and gives the flower its rich scent. Linalool is one of the more important compounds in aromatherapy and is responsible for the calming effect many people get when smelling lavender or its essential oil.

A study in Colloids and Surfaces B: Biointerfaces notes that linalool may affect the body in a variety of ways due to a range of properties, including:

Linalool does appear to act on the body, but researchers must study its effects further to understand how people can use it to benefit their health.

Myrcene is a terpene commonly found in plants such as hops, lemongrass, and thyme. The flowers of the cannabis plant also contain myrcene.

Myrcene is a powerful antioxidant. One study in mice concludes that myrcene could help protect the brain from oxidative damage following a stroke.

Another study in mice found that myrcene had a similar protective effect in heart tissue. The researchers note that myrcene may be a useful alternative treatment after ischemic stroke.

However, it is important to bear in mind that these studies used very high concentrations of myrcene, up to 200 milligrams (mg) per kilogram (kg) (mg/kg) of weight.

Another study in a cell model of osteoarthritis noted that myrcene appears to have an anti-inflammatory effect and may prevent the breakdown of some cartilage cells. This could make it useful against osteoarthritis.

Beta-caryophyllene exists in many herbs and vegetables, such as cloves and black pepper.

Similarly to other terpenes, beta-caryophyllene may have an anti-inflammatory effect on the body that could reduce pain levels in some people.

In one animal study, beta-caryophyllene reduced pain from inflammation and nerve pain. The researches noted that this anti-inflammatory and analgesic effect might be useful for treating long-term chronic pain because the body showed no sign of developing a tolerance to these effects.

Humulene is a key component of the hop plant. Other plants, such as clove and ginger, also contain it.

One study in Frontiers in Pharmacology notes that terpenes, including humulene, may have potential in preventing allergic reactions and asthma. In animal models, humulene reduced allergic inflammation in the airways. This could make it a helpful compound for natural asthma treatments in the future.

Another study in Food and Chemical Toxicology found that humulene may also have a protective effect in some cells. This protective effect could guard against cancer. However, this is just preliminary evidence, and researchers must continue to study the effects of humulene to back up these claims.

The terpenes mentioned above are among the most abundant active terpenes that people are likely to come across. Some additional common terpenes include:

Terpenes are the compounds responsible for the way most plants smell. They are abundant in cannabis and many other plants, fruits, and herbs.

They may play a role in the health and survival of the plants in which they exist.

In some cases, smelling specific essential oils, ingesting terpene-rich plants, or spending time in areas with high terpene content may provide some health benefits to humans.

Researchers must continue to study terpenes to understand their potential therapeutic and medicinal uses fully.

Please verify your age to enter.